Finding Comfort in Our Children's Baptism 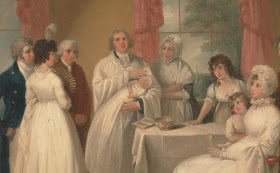 Recently I heard the assertion that motherhood is simply a long string of disappointments. In other words, for moms, every passing day chips away at the illusion that our children will make the choices we hope for.

It’s enough to give anyone the willies. Why bring home a sweet-smelling infant if it is inevitable that she will one day grow up to scream, “I hate you!”? Why invest hour after hour in teaching manners to toddlers if they are only going to eventually reject most of what you ever said? What’s the point of countless hours coaching math homework if your kid might turn into a violent abuser or end up homeless under a bridge?

Some parents deal with these fears by shrinking their view of what is possible. They cast off the idea that as parents they have a duty to shape their children’s moral outlook and behavior patterns. They declare a myriad of negative adolescent behaviors to be “normal,” and they set out to provide unconditional love while expecting their children to experiment with the tenets of pop culture and extreme individualism.

As loving as this approach sounds, it doesn’t jibe with the Scripture’s commands that parents are to catechize and discipline. After all, sometimes the only way to teach a child that a particular behavior is unacceptable is to refuse to allow that behavior. Children tend to fulfill parental expectations. Kids whose parents expect teenagers to be bored by everything faith-related and to stop going to church tend to . . . stop going to church. Moms and dads are called to take up the cross of active parenthood, not to practice being cool.

In contrast, other Christian parents seek hope by constructing detailed systems of childrearing. They have promised each other that, “raised right,” protected from the world and disciplined with God’s law, children will always turn out as they ought.

As reassuring as this approach sounds, in practice it often leads to legalism that replaces the true promises of God with the false promises of moralism. Furthermore, it doesn’t mesh well with the real nature of sin. The same Bible that says “Train up a child in the way he should go; even when he is old he will not depart from it” also shares story after story of the effects of sin--of men like Adam, David, and Eli who served God, and yet saw their children turn into murderers and blasphemers.

We all know parents who seem to do everything well--who go to church, who read bedtime stories, who cook veggies, who pray--and yet find themselves looking into the face of a beloved child who has rejected what is good. To declare that these parents must therefore have failed to get it “right” smacks of fearful self-righteousness, of falsely assuring ourselves that they are different from us and that I therefore we will never share their fate.

What then? If we can neither ditch responsibility for our children’s spiritual and moral upbringing, nor guarantee that they will grow up into awesome Christian citizens by applying the right set of rules, what is left for us to do?

Luther’s “Flood Prayer,” written for the service of baptism, illustrates a different way to think about our role in our children’s spiritual development:

“Almighty and eternal God, according to Your strict judgment You condemned the unbelieving world through the flood, yet according to Your great mercy You preserved believing Noah and his family, eight souls in all. You drowned hard-hearted Pharaoh and all his host in the Red Sea, yet led Your people Israel through the water on dry ground, prefiguring this washing of Your Holy Baptism. Through the Baptism in the Jordan of Your beloved Son, our Lord Jesus Christ, You sanctified and instituted all waters to be a blessed flood, and a lavish washing away of sin. We pray that You would behold (name) according to Your boundless mercy and bless him with true faith by the Holy Spirit that through this saving flood all sin in him which has been inherited from Adam and which he himself has committed since would be drowned and die. Grant that he be kept safe and secure in the holy ark of the Christian Church, being separated from the multitude of unbelievers and serving Your name at all times with a fervent spirit and a joyful hope, so that, with all believers in Your promise, he would be declared worthy of eternal life, through Jesus Christ, our Lord.”


It is sobering to look at a sweet little baby while echoing a prayer that reflects the reality of God’s judgement against sin. It is tough to acknowledge that, in himself, our child deserves only wrath. Yet we pray with hope. Our children have been made Christians. “Getting them into Heaven” is neither our task nor theirs. Instead, it is the work of the omnipotent Saviour who loved them enough to die for each of them. God Himself has entered into a relationship with our children.

Luther references "a fervent spirit and a joyful hope." Our children are saints with a living, growing faith. It is natural--it is normal--for them to desire what is good and true. What a blessed thought for parents!

This prayer was written for the parents and sponsors who bring a child to the waters of Holy Baptism--that is, for those acting out their vocations. Vocational thinking rebuts the question of whether motherhood is a series of disappointments. Motherhood is not something we do for personal fulfillment. Its validity is not measured by its outcome. It is, simply, the life we have been given, and therefore, through Christ, it is a good and holy work.


Asking ourselves whether we dare become mothers is probably as silly as asking whether we dare get a job, dare have friends, dare live out the other various vocations that we are given at different times. Motherhood is simply life. Yes, life is disappointing sometimes. Sin makes sure of that. Yet life is also a blessed gift. Let us rejoice in the life that God has given our children. 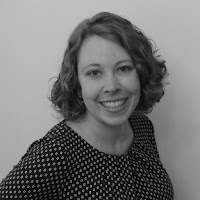 After graduating from Concordia Wisconsin, Anna taught in Lutheran schools for several years and became so enthusiastic about Classical Education that she will talk about it to whomever will listen. She is a big fan of Jane Austen, dark chocolate, and the Oxford comma. Anna and her husband live in Pennsylvania with their two small children. Anna's work can also be found in The Federalist.

Please note: Comments are moderated and will appear on the blog once we've had a chance to approve them.

Thanks for joining the conversation!